Valentine's Day Is Such Garbage In Lebanon 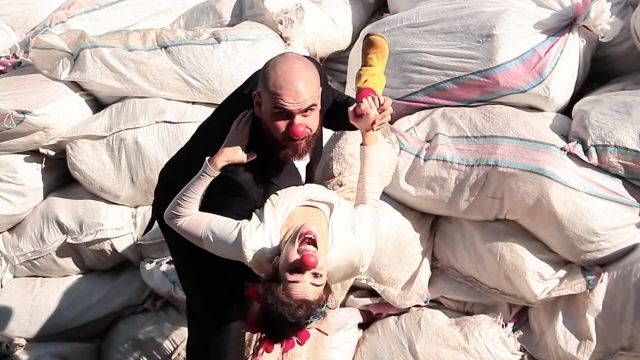 "We live in an absurd world as clowns and people, and what's better than laughter to deal with problems?" one of the clowns said.

Activist group Clown Me In is raising awareness.

The government hasn't found an alternative.

"It's good to broach the subject again and just to, you know, make fun of the fact that the Lebanese are going to go out and celebrate Valentine's Day, and everything is rosy and nice and happy while we're surrounded by trash still everywhere," one of the clowns said.

Experts say the trash crisis is now a public health emergency. Diseases like cholera, dysentery and typhoid can spread through contaminated water.