Valentine's Day By The (Surprising) Numbers 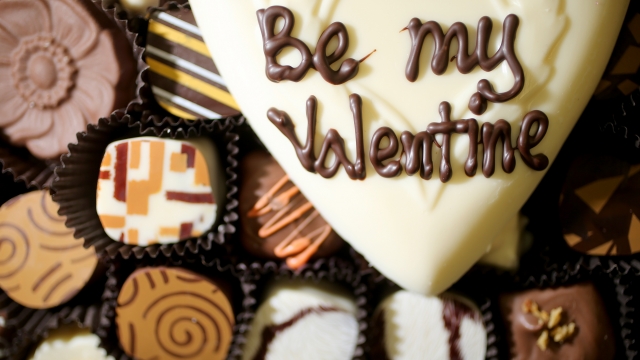 Did you know roughly 55 percent of Americans will do something to celebrate Valentine's Day?

Nearly 91 percent of Americans celebrating Valentine's Day will buy something for their significant other.

Speaking of sweethearts — 8 billion Sweethearts will be produced this year. 58 million pounds of chocolate will be purchased Valentine's Day week alone.

Let's not forget about pets, though. Roughly $700 million will be spent on pets nationwide.

Enjoy your Valentine's Day — however you celebrate it.

This video includes statistics from the National Retail Federation, MarketResearch.com and WalletHub; clips from M&M's and Edible Arrangements; and images from Getty Images, Chris Sloan / CC BY 2.0 and Stewart Butterfield / CC BY 2.0.