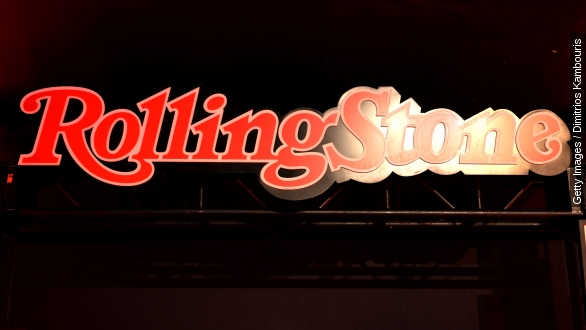 Analysts expected Rolling Stone magazine to face some kind of legal action after a scathing report from the Columbia Journalism Review, which detailed the botched reporting of a supposed rape on the University of Virginia campus.

According to the lawsuit, Eramo is seeking nearly $8 million in damages because of how she was portrayed in Rolling Stone's now debunked article, "A Rape on Campus." That article focused on the alleged sexual assault of a student, known as Jackie, while she was at a fraternity party.

Eramo claims the article's author, Sabrina Rubin Erdely, made it seem as though Eramo "intentionally tried to coddle Jackie to persuade her not to report her rape" and "that she was indifferent to Jackie's allegations."

Eramo also claims Erdely tried to portray her as a "villain" by having an illustrator alter an image of the UVA employee. This comparison image included in the lawsuit shows the original image of Eramo beside the altered image that appeared in the article.

Rolling Stone could be hit with even more lawsuits. Representatives for Phi Kappa Psi, the fraternity at the center of the rape allegation, said they, too, would be pursuing legal action against the magazine — although they have yet to do so.

UVA released a statement Tuesday in support of Eramo, saying, "The University fully supports and appreciates the professional competency and contributions of Dean Eramo" and that she is "well within her rights to pursue this private legal action."