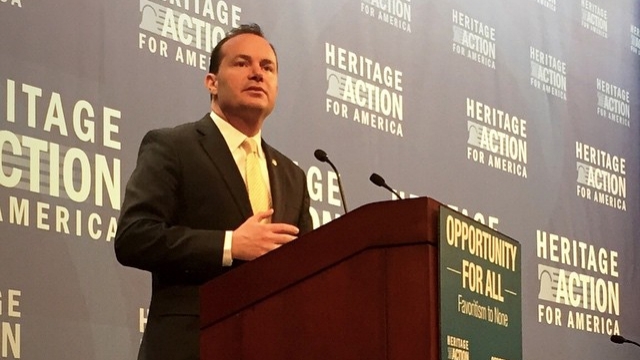 Days ahead of the all-important Florida primary, Ted Cruz has reportedly received his first endorsement from a U.S. senator.

NBC and Politico are both reporting Utah Sen. Mike Lee plans to announce he's backing Cruz ahead of Thursday's GOP debate. Neither Lee nor Cruz has confirmed the endorsement reports.

"It is time to unite behind Ted Cruz. Ladies and gentlemen, the next president of the United States!" Carly Fiorina said.

This would be Cruz's second headline-making endorsement in the past few days. Carly Fiorina announced her support early Wednesday during a rally in Florida.

This endorsement is another blow to the Marco Rubio campaign that's had a rough two weeks and is essentially betting everything on a solid finish in Florida.

That said, this election (more than most) has been seemingly unaffected by big-name supporters. Despite having fewer major endorsements than any of his GOP competitors, Donald Trump continues to lead the field and is still well ahead of Rubio, Cruz and Kasich in the delegate count.

This video includes a clip from The Office of Sen. Mike Lee and an image from Getty Images.