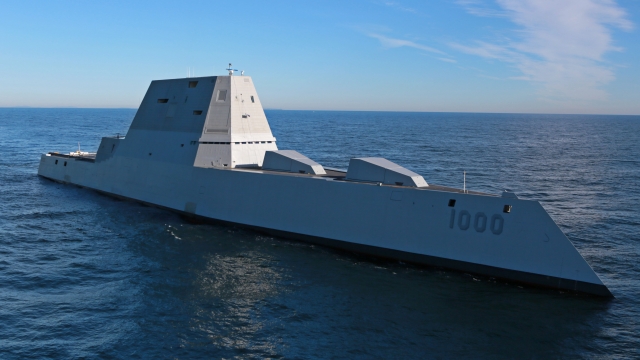 The U.S. Navy welcomed its newest destroyer Saturday, and to say it's advanced is an understatement.

The USS Zumwalt's angular surface makes it 50 times harder for enemy radar to notice it.

The ship produces so much power it could electrify a small town, and that power makes it ready to be integrated with future weapons — such as rail guns and lasers.

As one admiral said, "If Batman had a ship, it would be the USS Zumwalt."

But some have questioned if the roughly $4 billion destroyer and its two sister ships are worth the cost, especially since they aren't meant to replace America's standard class of destroyers — which are also in need of upgrades.

But if a combined $22.5 billion for the three ships sounds expensive, consider the Navy's original proposal for 32 of them.

Instead of air defense and patrols, at least one naval analyst says the Zumwalt class will be used more for intelligence gathering and special operations.