Using Some Heartburn Drugs May Increase Your Risk Of Kidney Problems 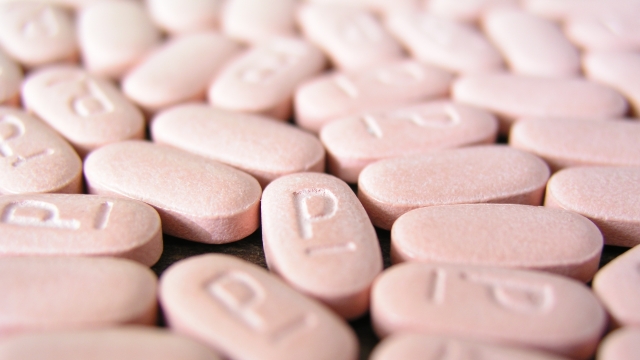 SMS
Using Some Heartburn Drugs May Increase Your Risk Of Kidney Problems
By Briana Koeneman
By Briana Koeneman
April 15, 2016
The drugs are called proton pump inhibitors, or PPIs, and you might even have one or two in your medicine cabinet right now.
SHOW TRANSCRIPT

Taking a very common group of medications used to treat heartburn, ulcers and acid reflux could dramatically increase your risk of kidney disease and kidney failure, this according to new research out Thursday.

These drugs are called proton pump inhibitors, or PPIs, and you might even have one or two in your medicine cabinet right now.

They're sold under the names Prilosec, Nexium and Prevacid, to name a few. And this new study claims those who take them are more likely than people on other heartburn medications to develop chronic kidney disease or kidney failure over a five-year period.

To come to this conclusion, researchers analyzed data from the Department of Veterans Affairs national databases.

Now, prolonged use of PPIs has been linked to several serious health problems in the past, including nutrient deficiencies, bone-density loss, slight increase in heart attack risk and even dementia.

But neither past studies or this most recent research definitively prove that PPIs are the culprits behind these issues. One of the researchers told HealthDay, "I cannot say for certain that this is cause-and-effect."

Still, to be safe, doctors warn people should only use PPIs when they're medically necessary and for the shortest amount of time possible.

As the study notes, about 15 million Americans were prescribed PPIs in 2013, though the number is likely higher because many are available over the counter.

This video includes clips from CBS, Prevacid and Nexium, and an image from Jamiesrabbits / CC by 2.0.