More Use-Of-Force Rules Could Keep Everyone Safer — Including Police 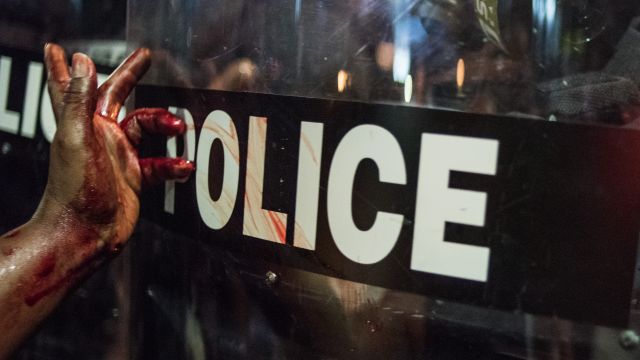 SMS
More Use-Of-Force Rules Could Keep Everyone Safer — Including Police
By Jamal Andress
By Jamal Andress
September 22, 2016
A report by Campaign Zero found departments with four or more of these policies had the lowest rates of police-involved killings in the U.S.
SHOW TRANSCRIPT

That's according to a Campaign Zero report. Campaign Zero is a police-reform plan created by Black Lives Matter activists and researchers. The campaign's report examines deadly force statistics and use-of-force policies of 91 of the 100 largest police departments in the U.S.

The report looks at eight use-of-force policies that are in place around the country — things like banning both chokeholds and shooting at moving vehicles.

These policies also correlated with a smaller number of assaults and killings of police officers.

However, the Fraternal Order of Police, the largest police union in the country, has released multiple statements saying restrictive use-of-force policies endanger officers and that the public should rely on the judgment of its officers.

In all fairness, the stats on police killings only account for about 19 months worth of data since there was no reliable count of police killings nationally before 2015.

Most police departments in the group studied have already implemented at least three of the eight policies, but Campaign Zero hopes all eight policies can become the standard across the country.