Usain Bolt Is The 100m World Champion By A Slim Margin 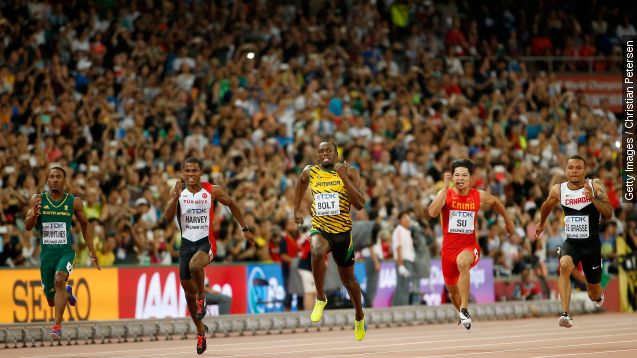 Usain Bolt won the 100m gold at the World Athletics Championships on Sunday by just a hundredth of a second. That's less than the amount of time it takes a hummingbird to flap its wings one time.

Bolt has struggled since the highs of the last Olympics, suffering from a hamstring injury and getting beaten out by rival Gatlin. (Video via ESPN)

And Gatlin's had his own trials, serving a four year ban for doping despite claiming he's never knowingly used banned substances. (Video via San Diego University for Integrative Studies)

It's good timing for Bolt, though, with the 2016 Summer Olympics in Rio right around the corner. (Video via NBC)

Bolt's said he'll retire in 2017, after the World Championships in London, but he's already been credited with reinvigorating his sport. (Video via BBC)