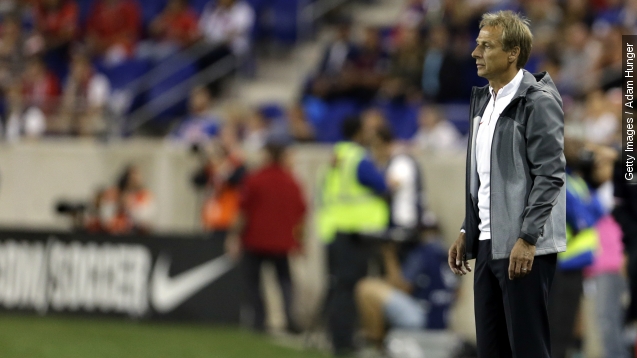 A 3-2 loss to Mexico over the weekend cost the U.S. men's team a berth in the 2017 Confederations Cup, and they followed that up Tuesday night with a 1-0 loss to Costa Rica. (Video via Fox Sports)

"Anywhere else in the world, if this coach had had those results and they lose this game against Mexico, they'd be fired," former USMNT star player Landon Donovan told ESPN.

And seeing as there were already calls for head coach Jurgen Klinsmann's job before the Mexico loss, dropping this last match isn't helping.

Now, Tuesday's game against Costa Rica was a friendly match, so the loss doesn't have a massive impact. Still, the U.S. team was expected to get a win against the world's 42nd-ranked team.

Klinsmann, hired in 2011, was expected to bring the U.S. soccer program to life. But aside from advancing to the knockout stage in the FIFA World Cup last year, Klinsmann's record is none too impressive. (Video via SPOX)

A writer for MLS Soccer says: "We are past discussing if the team has gone backwards; the question now is when do we stop forcing game plans and personnel moves that clearly don't work."

If Klinsmann and the rest of the USMNT want to get back on track, they'll need a strong performance in the World Cup qualifying matches, which start in November. Otherwise, wholesale changes could be on the way.