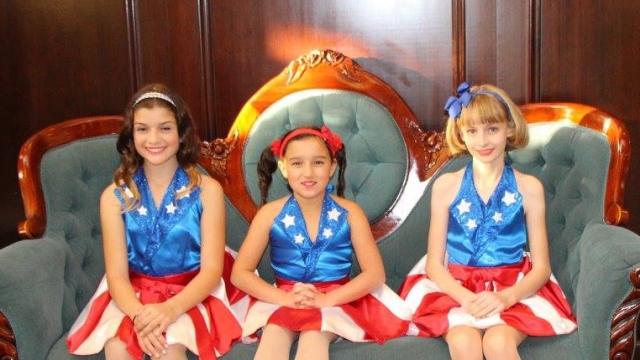 Remember the kids who were singing about Donald Trump?

They are the USA Freedom Kids, and they seem to be less enamored of Donald Trump these days.

The juvenile dance troupe, which gained viral fame after opening for the GOP nominee during a January rally in Pensacola, Florida, is now officially suing Trump's campaign.

Jeff Popick, manager of USA Freedom Kids, says the Trump campaign broke verbal agreements made to the group on two separate occasions and refused to compensate them for travel expenses.

Popick says the campaign didn't plan to compensate the group for their performance in Pensacola, but agreed to let them set up a merchandising table inside the rally. That apparently didn't happen — instead, event security wouldn't let them bring the merch into the building, and Popick says all of it ended up being stolen after the group left it behind in their car.

USA Freedom Kids also says they were scheduled to perform during Trump's debate protest rally in Iowa, but the performance was canceled at the last minute. The group accuses the campaign of stiffing them on travel expenses and barring them from speaking to the media at the event.

The group's lawsuit is demanding up to $15,000 in damages from the campaign. Popick told The Washington Post in July he wasn't sure if he still supported Trump's presidential bid.

Popick told The Daily Beast, "This is not an opportunistic thing where we’re suing Donald Trump. ... We're not suing for emotional distress and all that other stuff. ... This is tangible dollars I spent under false pretenses."