US Will Keep Troops In Afghanistan Longer Than Planned 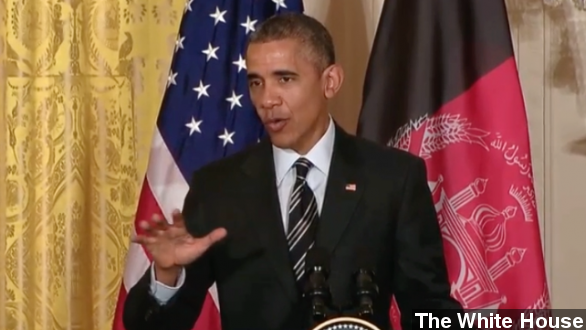 "We are now in a position where the Afghan security forces are not only more effective, but they're also better directed by the civilian government," said President Barack Obama.

President Obama says the U.S. is slowing down its troop withdrawal from Afghanistan.

This comes after reports that Afghan President Ashraf Ghani asked Obama for more flexibility on troop withdrawal during a visit to the U.S. Ghani became president last fall in the country's first peaceful democratic transition.

The White House described the change in policy as necessary to ensure safety in Afghanistan and to prevent it from becoming a launching pad for terrorist activities.

The U.S. ended combat operations in Afghanistan in 2014, which officially ended the longest war in U.S. history. In 2014, 55 Americans were killed in Afghanistan. In total, more than 2,350 Americans have been killed there.

"Our transition out of a combat role has not changed. ... As long as our men and women in uniform are serving in Afghanistan, there are risks involved. It's a dangerous place," Obama said.

Obama said by 2016, the U.S. will withdraw from Afghanistan, leaving only an embassy-centered presence.