US To Allow Air Power To Defend Syrian Rebels 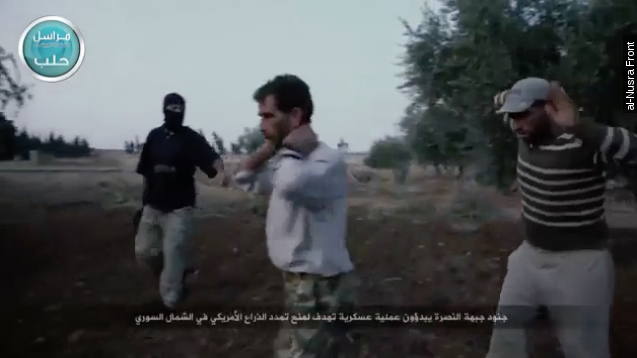 President Obama has decided to authorize defense of U.S.-trained Syrian rebels with U.S. air power if they are attacked.

According to The Wall Street Journal, the U.S. will be able to defend the group known as Division 30 if they are attacked by both Islamist groups like ISIS, and forces loyal to Syrian President Bashar al-Assad.

Division 30 came under attack from al-Nusra Front, an Islamist group, on Friday. The U.S. led coalition launched airstrikes in response to the attack.

The Pentagon announced the plan to train the rebels last year. As of mid-June, the program had less than 200 fighters in training. That's not close to the U.S. goal of training 3,000 to 5,000 rebels per year for three years.

The training and arming plan was originally aimed at ISIS, which was already a hard focus to promote considering the Syrian rebels care most about defeating the Assad regime.

But the U.S. has mostly avoided taking steps to directly combat Assad's forces. Officials told The Wall Street Journal they have no reason to believe Assad's forces would attack the U.S. trained rebels.