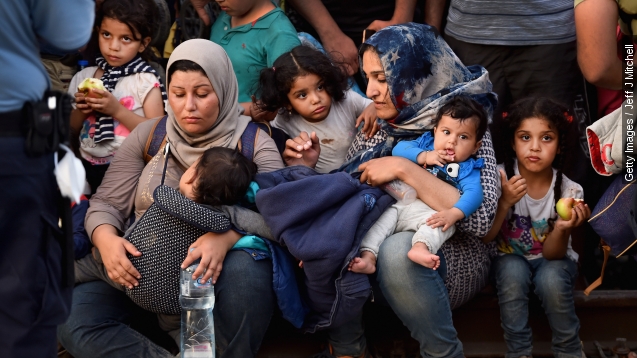 The U.S. will be upping the number of refugees it accepts, Secretary of State John Kerry announced Sunday. (Video via Radio Free Europe/Radio Liberty)

Kerry made the announcement while in Germany, which is currently dealing with a refugee crisis of its own.

To be clear: The 100,000 figure would be total refugees from around the world, not just Syria. (Video via United States Mission to the United Nations)

The White House has already pledged to increase the number of Syrian refugees to 10,000 over the next year. (Video via The White House)

That's still a fraction of the hundreds of thousands of refugees Germany has accepted. (Video via Channel 4)

Yet, it's enough to draw criticism from some who say it could be a national security threat.

"It would be highly irresponsible to start bringing them in when they could be potential terrorists and provide a sort of jihadist pipeline into the United States," Rep. Michael McCaul told Fox News.

But others in the Republican party, including national security buff John McCain, support more action to solve the crisis. (Video via C-SPAN)

"There's still more that we can do today to respond to this growing crisis," McCain said on the Senate floor.

While the administration doesn't need congressional approval to raise the cap, it will need approval on any accompanying funding that accepting the refugees requires.