US Speaks Out Over Suspected Russian Military Plans In Syria 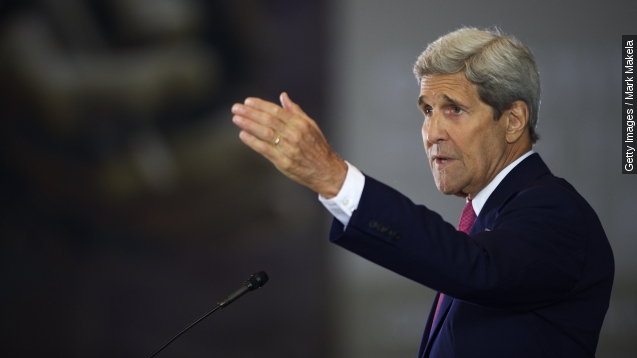 SMS
US Speaks Out Over Suspected Russian Military Plans In Syria

By Sebastian Martinez
September 6, 2015
Russia's moves in Syria, which seem to be related to military expansion, have the U.S. concerned, and the State Department is speaking out.
SHOW TRANSCRIPT

Secretary of State John Kerry is speaking out against Russian military escalation in Syria. (Video via U.S. Department of State)

The State Department put out a statement saying Secretary Kerry had told his Russian counterpart that escalation would lead to, "greater loss of innocent life, increase refugee flows and risk confrontation with the anti-ISIL Coalition operating in Syria."

Russian President Vladimir Putin has provided support for Assad in the past, a stance which conflicts with the U.S.' opposition to the Syrian leader. (Video via Charlie Rose)

Instead, the U.S. has supported Syrian rebels fighting against both Assad and ISIS. So increased Russian support could bring that country into conflict with the U.S.' chosen faction. (Video via Vice)

The Times pointed out, "Another possibility is that Russia is taking these steps to secure its own interests in the event that the Assad government collapses, reaches a power-sharing agreement with the opposition or is replaced."

In either case, both Kerry and Russian Foreign Minister Sergey Lavrov agreed to further discuss the issue later this month in New York.