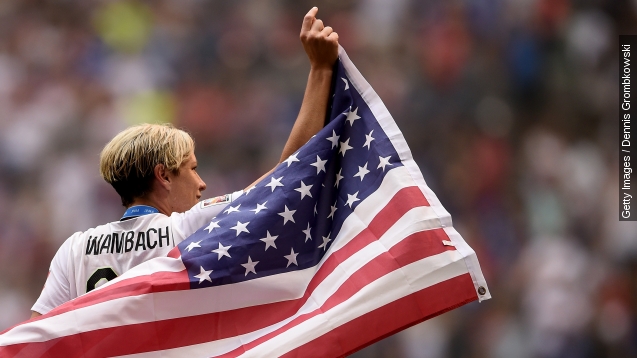 The Abby Wambach era is over.

The 35-year-old USA soccer forward is playing her final game against China. (Video via Time)

"After much deliberation and talking with my friends, family, teammates and our coaching staff, I've decided to finally bring my soccer career to an end," Wambach said in a statement. (Video via The National Press Club)

Wambach retires as one of the greatest international women's soccer player's ever.