US Admits Coalition Airstrike Might Have Killed Syrian Soldiers 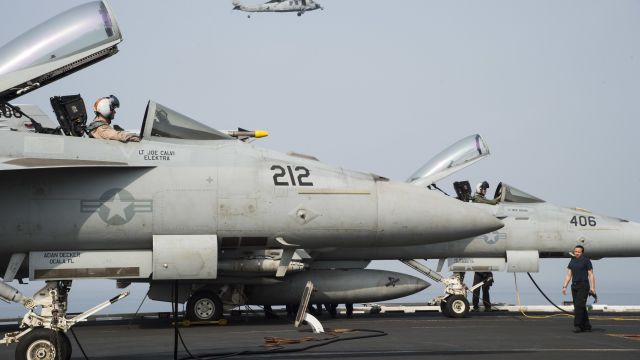 The U.S. military says a coalition airstrike that hit Syria early Saturday was meant for ISIS fighters — but it might have hit Syrian regime soldiers instead.

Syria's military says at least 62 soldiers were killed while fighting ISIS troops near the city of Deir ez-Zor. And Russia, an ally of Syria, claims the U.S.-led airstrike allowed ISIS forces to advance.

In a statement, U.S. Central Command noted Russian officials were informed of the strike's location in advance, and the attack was halted once Russia raised the possibility that it might have hit Syrian forces.

Syria is currently under a fragile cease-fire agreement brokered by the U.S. and Russia. Russia recently called on the U.S. to rein in certain militant groups accused of violating the truce.