US Pushes For Sunday's Haitian Election Despite Rescheduling, Backlash 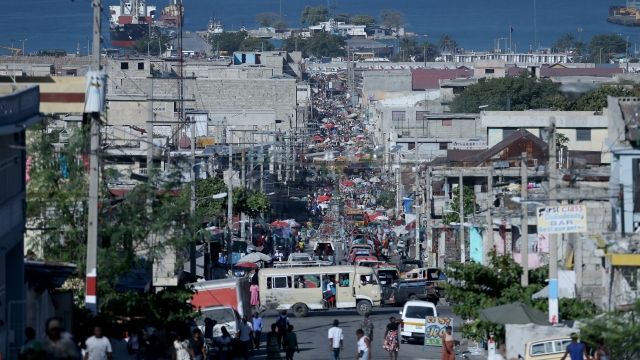 SMS
US Pushes For Sunday's Haitian Election Despite Rescheduling, Backlash
By Melissa Prax
By Melissa Prax
January 22, 2016
Critics want the election postponed and claim the round of voting last fall was fraudulent. Some warn this vote could spark protests and vandalism.
SHOW TRANSCRIPT

The U.S. is pushing for Haiti's presidential election to continue on Sunday, even though there's been a lot of backlash and rescheduling.

Haitian politicians and candidates claim the election's first round of voting in October was fraudulent. The opposition candidate said he might not even participate, potentially making the remaining candidate a shoe-in. (Video via Kiskeya / CC BY 3.0)

Protests and vandalism plagued Haiti's 2010 election, and this cycle isn't much different.

Despite the violence and fraud claims, Haiti's out-going president is still encouraging the vote. The Haitian senate disagrees, though, and has reportedly approved a suspension. (Video via Radio Metropole Haiti)

Haiti's Chamber of Commerce, among other organizations, have also displayed a lack of faith in the current election and have requested it be postponed.

Being Haiti's largest trading partner, the U.S. is heavily involved in the island nation's affairs. So far, it's reportedly dumped around $33 million into the election. (Video via Jovenel Moïse / CC BY 3.0)

The U.S. Department of State has said "the holding of regular free and fair elections, can help guarantee Haiti's democratic traditions and ensure a voice for the Haitian people in their governance."

The country is still in need of rebuilding since the earthquake in 2010. Haiti is considered an economic priority for the U.S. (Video via The White House)