US Public Seems As Conflicted As Congress About Surveillance 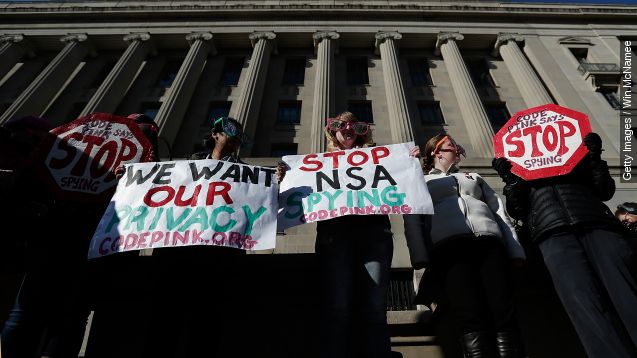 As the Senate convenes an unusual Sunday session to decide the fate of the USA Freedom Act — an extension of the Patriot Act — they're working on a hard deadline. (Video via C-SPAN)

Grappling over whether or not to extend the act's surveillance authorities has brought Congress to the brink of those authorities' expiration. (Video via MSNBC)

And while many lawmakers have cited, and will likely continue to cite the American people in their arguments, the general public seems as conflicted as the legislators.

A look at polls from the Pew Research Center shows a majority of Americans from across the political spectrum oppose NSA surveillance, including the collection of phone and Internet data. (Video via RT)

Similarly, 65 percent of Americans say there aren't adequate limits on the collection of that data.

But a poll from January showed more Americans than not thought the government's anti-terrorism policies didn't go far enough in protecting the country. (Video via WMAR)

Granted, that was on the back of months of extensive ISIS media coverage, and that sentiment could be geared more toward military strikes against the group than surveillance. (Video via U.S. Navy)

Still, ISIS has worked to inspire lone-wolf attacks in the past, and surveillance of possible lone-wolf actors is one authority that would expire if the act isn't approved by midnight Sunday. (Video via ABC)

The USA Freedom Act missed its 60-vote mark by three in last week's vote, and presidential hopeful Sen. Rand Paul has vowed to raise an objection, which could hamstring Sunday's proceedings. (Video via Office of Senator Rand Paul)

Paul argues the U.S. would be trading its ideals for security in renewing the act, something backed up by Pew polling from a year ago, which showed 74 percent of Americans were against trading civil liberties for security.