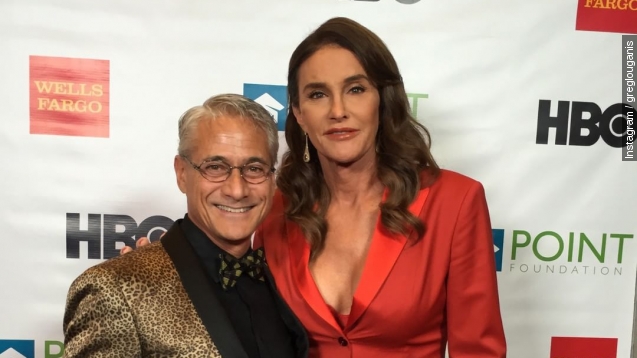 "Oh, my god, it was so funny. That was the one thing. I said, 'I want to meet with Caitlyn without the cameras,'" Greg Louganis said.

Newsy sat down with U.S. Olympic diving gold medalist Greg Louganis to chat about World AIDS Day and LGBTQ activism. And Caitlyn Jenner. (Video via HBO / "Back On Board: Greg Louganis — Mentoring")

The two first met at the 1976 Olympics — the year Jenner won gold in the decathlon. And in October, Louganis introduced Jenner at the Voices on Point dinner in Los Angeles. The dinner was hosted by The Point Foundation, which aims to empower and support LGBTQ students.

"She took me behind a curtain and said: 'Greg! If anybody was going to figure this out, I thought it was going to be you!' And she punches me in the arm, and I'm like: 'Oh, God. Quit punching me!" Louganis recalled.

And even though Louganis is a LGBT activist, he said he really only knew about the "G" in that acronym. "I know a lot about the 'G' but not a whole lot about the 'L' and the 'T,'" he said.

So even within the community, people are still being educated about the different identities.

"When you talk about the LGBT as being a community, even within that community, we have so much to learn about how to speak about each other, to each other, with respect," he said.