The US Wants To Put An End To Traffic Deaths, But It'll Be A Challenge 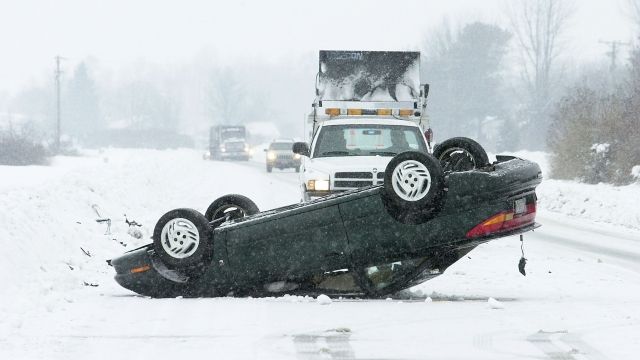 SMS
The US Wants To Put An End To Traffic Deaths, But It'll Be A Challenge
By Briana Koeneman
By Briana Koeneman
October 7, 2016
A new report found traffic fatalities have jumped by more than 10 percent during the first half of 2016.
SHOW TRANSCRIPT

Transportation officials want to make traffic deaths in the U.S. a thing of the past.

Earlier this week, the Department of Transportation and the National Safety Council announced the Road to Zero coalition. It's goal? Eliminate any and all fatal traffic accidents within the next 30 years.

The plan was modeled after Sweden's "Vision Zero" campaign, created in 1994. Since then, the country has seen remarkably low traffic death rates.

According to recent data, there are only about three traffic deaths per 100,000 in Sweden.

But here in the U.S., the traffic death rate is almost four times more than Sweden's, and it's only getting higher.

And a new report from the National Highway Traffic Safety Administration found traffic fatalities have jumped by more than 10 percent during the first half of 2016.

It's still unclear exactly what caused this dramatic increase in deaths. But regulators say smartphones and more technology in cars themselves could have something to do with it.

The goal to reach zero traffic fatalities may seem ambitious, but officials are confident it can be done.

As the Federal Highway Administration's deputy administrator said, "Reaching zero deaths will be difficult, will take time and will require significant effort from all of us, but it is the only acceptable vision."