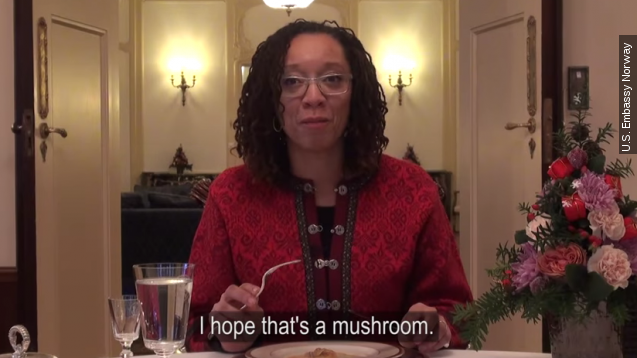 We get it. Christmas is right around the corner, and the year's winding down, so it's nearly impossible to get any work done at the office.

Which may be the excuse the staff at the U.S. Embassy in Oslo is using to explain this video posted on its official YouTube site.

We did some digging on this cheery staff, and it turns out, Christmas videos seem to be their forte.

And the first official video posted to the embassy's YouTube site: The 2013 holiday video. In this one, staff members try to read Norwegian Christmas greetings.

"Is it upside down? Maybe it's backwards or something," someone in the video said.

Other U.S. embassies around the world share their seasonal well wishes in a more predictable way. Videos tend to feature an ambassador sitting in front of a Christmas tree sharing a message.

But we have to admit: The creative ones are pretty enjoyable to watch. Here's to hoping we're all a little more productive in 2016.