The US Could Have A Mess On Its Hands In Yemen 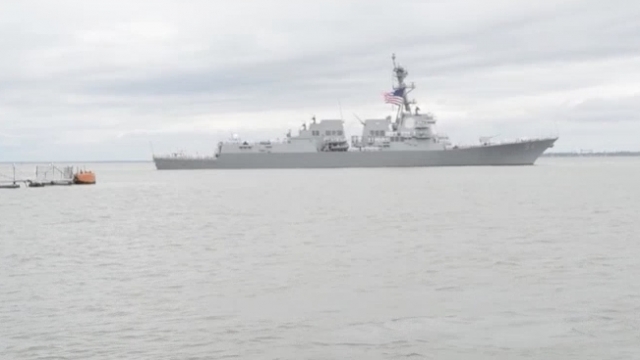 Defense officials announced the Navy destroyed three targets in Yemen in retaliation for two missile attacks on U.S. ships in the past week.

This is all entangled in the larger conflict of Yemen's civil war, pitting the Houthis against a Saudi-backed coalition. U.S. officials said they didn't want to involve themselves in that conflict — just defend their ships. But it could be getting tougher to stay on the sidelines of this fight.

Yemen has grown increasingly bloody as of late. On Saturday, the Saudi-led coalition bombed a funeral, killing 140 and injuring hundreds more. It's likely that the attack on the Navy was retaliation for the bombing.

Human rights groups were quick to condemn the bombing. The U.S. said it would review its alliance with the Saudi government in light of the airstrike to make sure the country is adhering to "U.S. principles, values and interests."