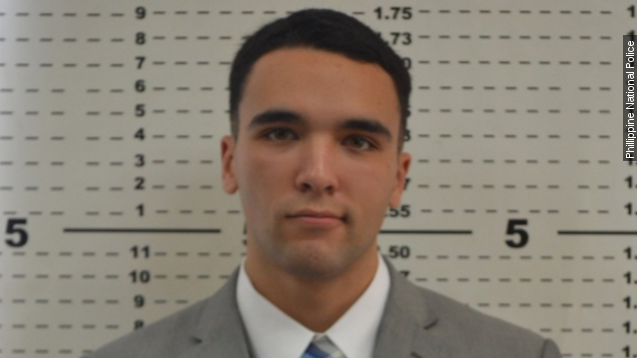 SMS
US Marine Found Guilty Of Killing Transgender Filipino Woman
By Ryan Biek
By Ryan Biek
December 1, 2015
U.S. Marine Joseph Scott Pemberton has been convicted of homicide by a Philippine court for the murder of a transgender woman.
SHOW TRANSCRIPT

U.S. Marine Joseph Scott Pemberton has been convicted of homicide by a Philippine court.

The lance corporal was found guilty of choking Jennifer Laude until she lost consciousness before forcing her head into a toilet bowl. (Video via GMA Networks)

Pemberton met Laude at a nightclub. They then checked into a hotel, where he discovered Laude was transgender.

The killing occurred in October of last year. Pemberton has been sentenced to 6 to 12 years in prison.

This video includes images from the Philippine National Police.