US Man Arrested In Connection With Girlfriend's Death In Mexico 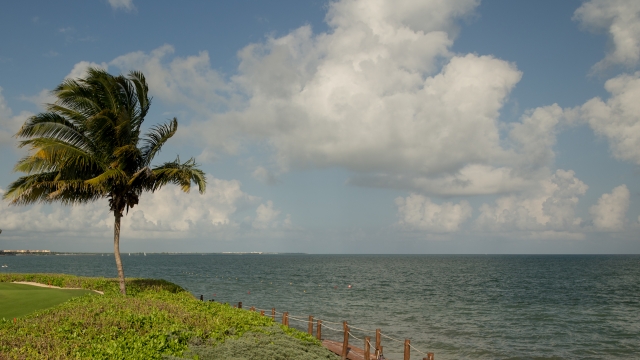 SMS
US Man Arrested In Connection With Girlfriend's Death In Mexico
By Briana Koeneman
By Briana Koeneman
March 7, 2016
According to several reports, John Loveless has been arrested in connection with the death of his girlfriend, Tamra Turpin, at a hotel in Mexico.
SHOW TRANSCRIPT

Mexican authorities say a man has been arrested in connection with the death of his Missouri girlfriend at a hotel in Playa del Carmen.

The U.S. Embassy in Mexico City confirmed in a statement to several media outlets 36-year-old Tamra Turpin was found dead Wednesday in a condo she and a 59-year-old man had rented together while on vacation.

According to several reports, police identified the man as John Loveless, Turpin's boyfriend. Loveless was reportedly taken into custody at the Cancun airport before boarding a flight back to the U.S.

Turpin's family told the St. Louis Post-Dispatch Loveless claimed she had been taken to a hospital after having seizures, was later released and then died at the condo Wednesday morning.

But the outlet says an autopsy found she died of asphyxiation.

"We want the truth to be known, we pray that the truth comes out, whatever it may be," Turpin's mother told KSDK.

Family members say they expect it will cost $8,000 to bring Turpin's body back to the U.S. They have set up a GoFundMe account to help raise the money.