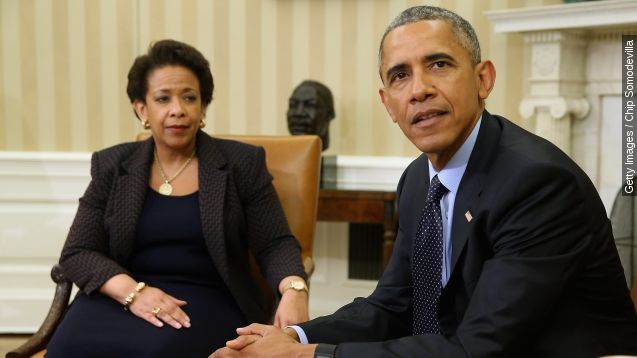 SMS
US Leaders To Meet With Tech CEOs To Discuss Fighting Online Terrorism
By Ben Lawson
By Ben Lawson
January 8, 2016
Loretta Lynch, James Comey and James Clapper are among the top officials expected to attend a meeting with tech leaders in Silicon Valley.
SHOW TRANSCRIPT

On the tech side, Apple CEO Tim Cook plans to be there, and representatives from Google, Facebook and Microsoft will also likely attend.

"As the Internet erases the distance between countries, we see growing efforts by terrorists to poison the minds of people like the Boston Marathon bombers and the San Bernardino killers," said President Obama.

The meeting will focus on ways to "disrupt paths to radicalization to violence" and "identify recruitment patterns," according to an agenda obtained by The Washington Post.

In the past, tech companies have been hesitant to step in, possibly over fears any action could be seen as spying on users.

That could be why the Obama administration is sending high-ranking officials to the meeting: to encourage Silicon Valley to take action. (Video via The White House)