US Government Promises To Retire All Research Chimpanzees 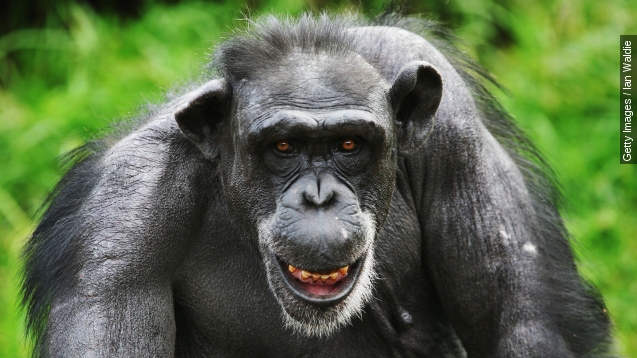 SMS
US Government Promises To Retire All Research Chimpanzees
By Bell Johnson
By Bell Johnson
November 19, 2015
The National Institutes of Health promises to retire all of its research chimpanzees, ending biomedical experimentation on the species.
SHOW TRANSCRIPT

The National Institutes of Health says it is sending all of its chimpanzees designated for government research to sanctuaries, effectively ending federal biomedical research on the species.

The federal government's experimentation on primates has been surrounded by controversy for years.

After the release of a study in 2011 that looked into the effectiveness of biomedical research on chimps, the agency promised to retire all but 50 of its chimps — those not involved in research needed for future projects.

Yet for over two and half years, the NIH didn't submit any proposals, and a CNN investigation earlier this year found the agency had sent only six of the 310 chimps that had been promised retirement.

Then the U.S. Fish and Wildlife Service listed captive chimpanzees as endangered this summer, requiring researchers to apply for permits to continue to experiment on the species.

But here's the problem: There isn't anywhere for the retired chimps to go. Currently there is only one federally owned chimpanzee sanctuary, so the transition of the animals could take years, depending on space available.

The president of Chimp Haven said in an email to The New York Times that it had immediate space open for only 25 chimps, though it plans to make more space available by the end of this year.

The decision to retire all the chimps shows the federal government's declining animal testing. There was a 6.4 percent drop in testing of laboratory animals from 2013 to 2014.