When It Comes To Cocaine Busts, The Coast Guard Had A Really Good Year 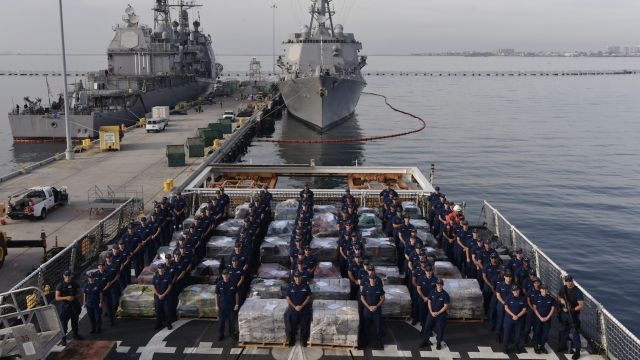 2016 has been a record year for the U.S. Coast Guard when it comes to seizing cocaine.

A crew based in California just delivered more than 39,000 pounds of the drug seized in 25 different busts. It's worth more than $531 million.

The almost 20 tons of cocaine brings the Coast Guard's total seized for the fiscal year to 416,600 pounds.

Another record set? The number of suspected drug smugglers apprehended. Of the 585 suspects caught by the Coast Guard, 465 of them were transferred to the U.S. for prosecution.

The Coast Guard says its work is far from done, though.

"Our mission has taken on a new importance as addiction grips our nation here at home. We are not simply trying to stop drugs or dismantle networks anymore. We're trying to save lives," Capt. James Passarelli said.