US Blames Human Error In Doctors Without Borders Bombing 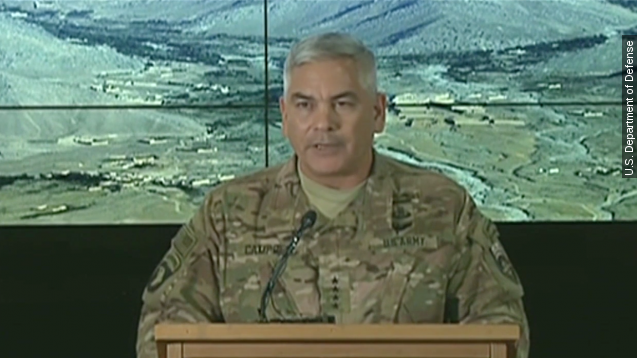 "This was a tragic and avoidable accident caused primarily by human error," Gen. John Campbell, the U.S.'s top commander in Afghanistan said in a press conference.

An undisclosed number of U.S. military personnel have been suspended for their involvement in the Doctors Without Borders hospital bombing in Kunduz, Afghanistan, last month, which killed 30 people. (Video by RT)

A military investigation found troops involved in the incident didn't follow the rules of engagement and the bombing shouldn't even have taken place. (Video by CCTV America)

Investigators say personnel didn't know the compound was a hospital; it was misidentified as an Afghan intelligence headquarters Taliban forces had reportedly taken over.

The press conference by the top U.S. commander in Afghanistan didn't appease everyone. Especially Doctors Without Borders. (Video via U.S. Department of Defense)

The group stands by its call for a completely independent investigation. In a statement, the group said, "The frightening catalog of errors outlined today illustrates gross negligence on the part of U.S. forces and violations of the rules of war."

A NATO investigation has already taken place, and U.S. officials said the findings are similar to the military investigation. As for those suspended, more punishment could be on the way. (Video via NATO)