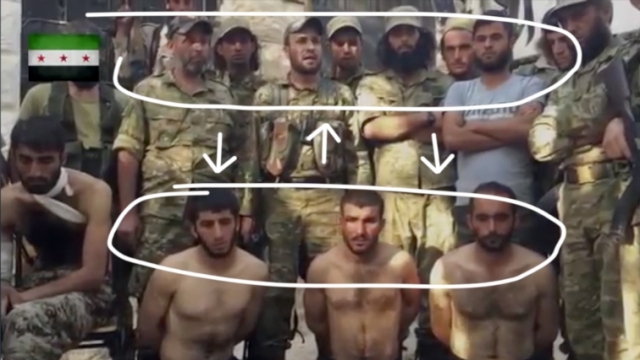 These are U.S.-backed Syrian rebels.

This flag belongs to another U.S.-backed group, the Syrian Democratic Forces.

They're fighting each other in northern Syria.

This shows how much of a mess Syria's front lines are right now.

Turkey's backing the Syrian rebels, too. It helped them seize the ISIS border town of Jarabulus.

The rebels almost immediately clashed with the U.S.-backed SDF just south of Jarabulus.

The SDF had recently liberated the important city of Manbij from ISIS.

So, while ISIS is their enemy … the SDF and rebels are each other's enemy, too.

The U.S. is on the fence. As a NATO ally, it supports Turkey, which supports the rebel groups. But the U.S. also supports the SDF, which has been enormously successful fighting ISIS.