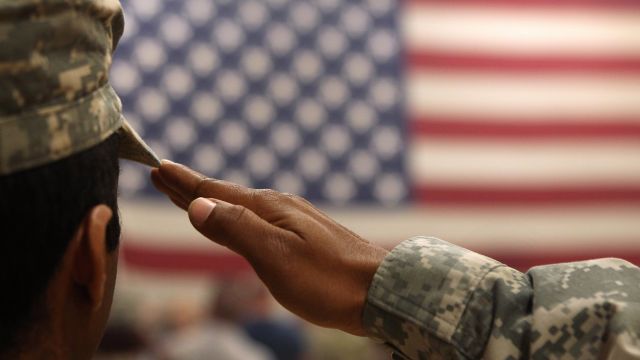 SMS
US Army Shrinks To Its Lowest Numbers Since Before World War II
By Matt Moreno
By Matt Moreno
May 9, 2016
The U.S. Army dropped below 480,000 active-duty members as part of a plan unveiled in 2015.
SHOW TRANSCRIPT

The U.S. Army currently has the fewest number of active-duty members since 1940.

That's according to The Army Times, which reports March's totals came to 479,172 soldiers — the lowest number since prior to World War II, when there were nearly 270,000 troops. Roughly 2,600 soldiers left active-duty status in March.

"We've been decreasing the size of the Army starting in about 2011. ... But now it's gathering attention because it's affecting employment and the civilians' communities around these bases," Lt. General Mark Hertling told CNN.

The reductions come after U.S. conflicts in Afghanistan and Iraq have died down. The U.S. has also been reluctant to put boots on the ground for several other conflicts in Syria and in the fight against ISIS.

At roughly 1.3 million active personnel, the U.S. military remains one of the largest in the world behind China's nearly 2.3 million members. Still, the U.S.' military spending outdoes China's by nearly 3 to 1.

This video includes clips from the U.S. Army and U.S. Department of Defense.