US Airways Set To Make Last Flight Before Joining American 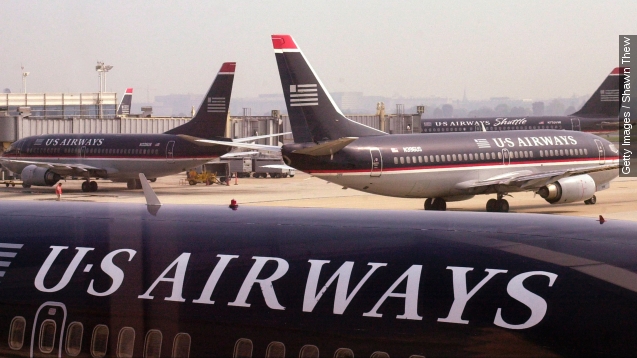 Thanks to its 2013 merger with American Airlines, US Airways will make its final departure under that name Oct. 16 after 76 years of operation.

US Airways, like Pan-Am and Trans World Airlines, will disappear after providing Americans with the luxurious air travel during the '60s and '70s, the so-called golden age of air travel.

The American Enterprise Institute reports air travel has steadily gotten cheaper over the past two decades, as the notion of flying has morphed into something to endure, not to enjoy. But it wasn't always that way.

"Roominess extends into the powder room, which look like those in a private home," said a Pan-Am promotional video.

Former TWA Cpt. William Compton told CNN: "People got on the airplane with a coat and tie. The seats were wider and longer. The food was better. ... Now, people don't want to pay more. They want to pay less, which makes sense."

And as the novelty of flying wore off for many Americans, so did the desire for a luxurious experience, which spelled the end for smaller, fancier airlines.

As many smaller airlines went bankrupt, others merged with larger carriers. Now, the four largest airlines: American, Delta, Southwest and United, control 87 percent of the domestic market, according to MIT's International Center for Air Transportation.

So, it appears that golden age of flying has officially ended. US Airways Flight 1939 will leave San Francisco at 9:55 p.m., Pacific Time, and will land in Philadelphia shortly after 6 a.m. Saturday morning.

Correction: A previous version of this video said US Airways Flight 1939 will depart at 6:18 a.m. Friday. It will actually depart at 9:55 p.m. This video has been updated.