What Makes Fentanyl So Dangerous? 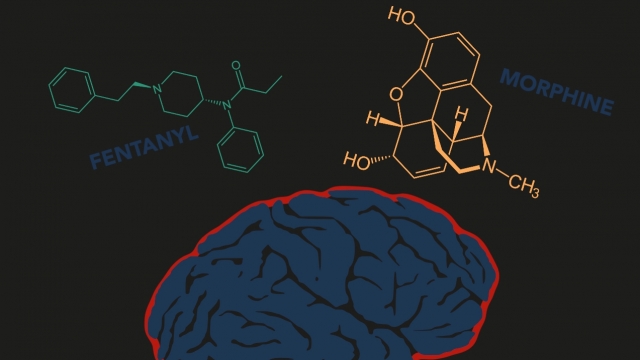 SMS
What Makes Fentanyl So Dangerous?

By Evan Thomas
August 27, 2016
Fentanyl is way more potent than an equivalent dose of morphine — it's designed that way.
SHOW TRANSCRIPT

There's been a sharp upswing in fatal overdoses from the painkiller fentanyl in recent years, which the Drug Enforcement Administration says is thanks at least in part to how powerful it is.

A dose of the drug is about 100 times more potent than the same amount of morphine.

Certain synthetic versions can be 10,000 times stronger. They're marketed as elephant tranquilizer — and now they're finding their way into recreational drugs in the Midwest.

Both fentanyl and morphine act on the same receptors in the brain as a sedative, to suppress pain and to slow down breathing. Like morphine, fentanyl is used to treat severe pain, sometimes during recovery from surgery. So what makes fentanyl so much worse?

It was designed in 1960 explicitly to act faster and be stronger than morphine.

The blood-brain barrier naturally keeps out most hydrophilic molecules, but it lets in many lipophilic ones.

Fentanyl is more than 130 times more likely to enter the brain than morphine — so a similar dose can have a much more significant impact.