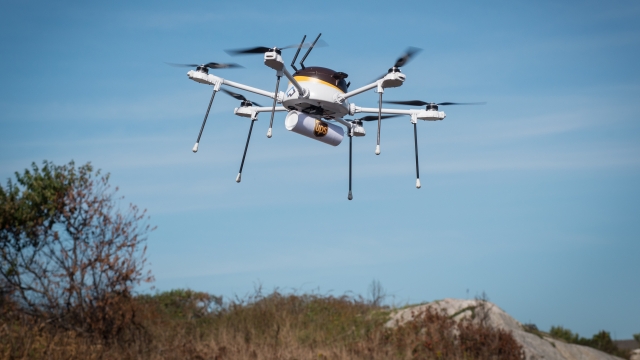 UPS is trying to make it easier to deliver important packages quickly.

The company announced this week it's been testing drones for emergency medical deliveries to remote and hard-to-reach areas.

And it sounds like the first trial went pretty well.

UPS said its drone successfully delivered an inhaler from Beverly, Massachusetts, to a summer camp a few miles away.

And the trip reportedly took only about eight minutes.

It's still unclear how much weight these drones can handle or if they can handle adverse weather situations.

But both UPS and its drone-making partner CyPhy Works hope the devices can be used to deliver crucial items to areas closed off by natural disasters.

"This drone had to fly over territory that normally wouldn't be able to be traveled by people," said UPS Vice President of Engineering John Dodero.

But before these drones can hit the skies, the Federal Aviation Administration has to approve them.

Last month, the FAA announced new safety regulations that will make it tough for the UPS drone to get the green light: You can't fly them over people, and they always have to be in the operator's line of sight.

UPS says it intends to work closely with officials to make sure its drones "stay on the right path."