Until You Can Go To The Moon, These Photos Are The Next Best Thing 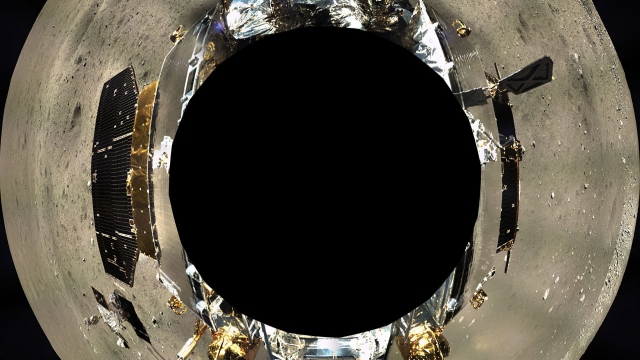 SMS
Until You Can Go To The Moon, These Photos Are The Next Best Thing
By Caleb Hoke
By Caleb Hoke
February 1, 2016
The China National Space Administration has released hundreds of new photos taken on its Chang'e 3 lunar exploration mission.
SHOW TRANSCRIPT

Hundreds of photos have been released by China's National Space Administration.

The photos were taken on China's Chang'e 3 exploration mission, launched in 2013.

They show the country's Chang'e 3 lander; the lunar rover, Yutu; high-resolution shots of the moon's surface; and a few new photos of planet Earth.

You can view and download all the photos on The Science and Application Center For Moon and Deepspace Exploration website.

This video includes images from the China National Space Administration and NASA.