Unlike In 2012, Enthusiasm For Christie Is Lagging 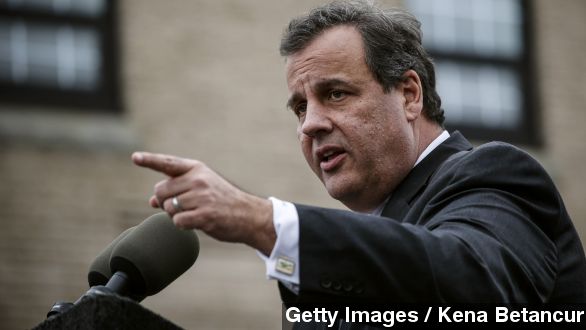 SMS
Unlike In 2012, Enthusiasm For Christie Is Lagging
By Zach Toombs
By Zach Toombs
February 19, 2015
In 2012, Chris Christie had donors and supporters lining up. This time he has more competition.
SHOW TRANSCRIPT

And four years ago, the New Jersey governor undoubtedly had the support.

But for 2016, that support is a bit shakier. The same group of supporters who urged Christie to jump into the 2012 race are now a bit unsure about the governor’s prospects.

“I don’t believe that the Christie people know how bad it is. They recognize they’ve lost people, but people are writing him off,” Bloomberg’s Mark Halperin said.

So, why is that? For one, there are more heavy hitters in this cycle’s race — and more governors, who Republican donors love.

Jeb Bush is dominating fundraising right now. And a few weeks ago, Christie looked like the best alternative.

But recently, Scott Walker has taken that spot. Thursday, the Wisconsin governor is meeting with — and looking to charm — the most influential minds in conservative economics.

He even took Christie’s travel itinerary.

“Walker’s in the U.K. for a four-day trip," Chris Matthews said on MSNBC.

And Christie has his own problems, like a recent spotlight on his lavish trips funded by lobbyists and donors.

And his confusing messages on mandatory vaccines.

Of course, it’s a little early to say Christie is in real trouble. But right now, fundraising is key, and Christie is losing fundraisers.