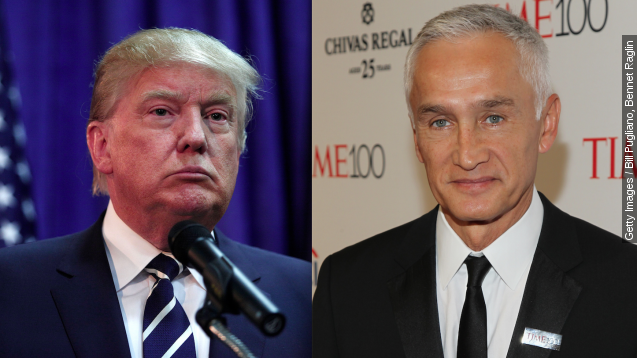 SMS
Univision Anchor Takes On Trump At Press Conference
By Zach Toombs
By Zach Toombs
August 25, 2015
Jorge Ramos, one of Time's 100 most influential people, sparred with Donald Trump over immigration after being kicked out of a press conference.
SHOW TRANSCRIPT

Donald Trump kicked Univision's Jorge Ramos out of this press conference. Ramos was later let back in and sparred with Trump over whether Birthright Citizenship could be denied.

Ramos has critiqued Trump before, saying this about the candidate's comments on undocumented immigrants: "This is not politics. This is personal."

Trump has almost no support from Hispanics, though other Republicans fare better.