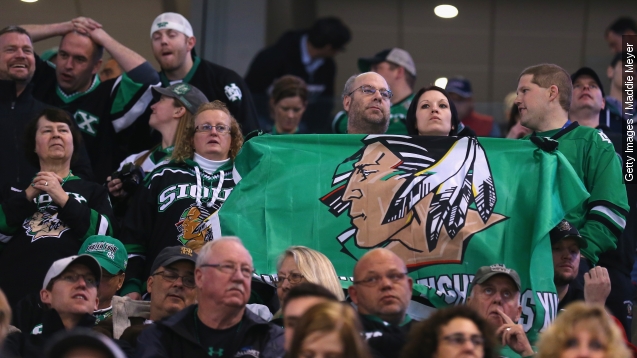 The University of North Dakota, long known as the Fighting Sioux, is changing its mascot in response to an NCAA rule banning monikers that could offend Native Americans.

On Wednesday, the school announced it will be nicknamed the Fighting Hawks.

But the school's selection process unearthed some far weirder ideas.

To choose the new name, the school conducted an exhaustive public survey where North Dakota fans could submit their mascot ideas online. Their suggestions were eventually narrowed down to two finalists, the Fighting Hawks and the Roughriders, and were put up for a public vote. (Video via North Dakota Athletics)

North Dakota fans are probably pretty happy the Fighting Hawks won over a bevy of other suggestions. Some fan ideas submitted in May were, shall we say, "original."

Wait, hang on. That last one actually makes some sense.

North Dakota is home to some large mosquito populations, which communities often attempt to control through mass spraying. (Video via National Geographic)

And the prospect of covering your most hated rival head to toe in mosquito bites can be pretty intimidating.

In the end, though, the Fighting Hawks won out, and the next step is to put together a new logo and uniforms. Though you've got to admit, the Fighting Mosquitoes would have generated a lot of buzz.