Tense Night Of Threats On The University Of Missouri Campus 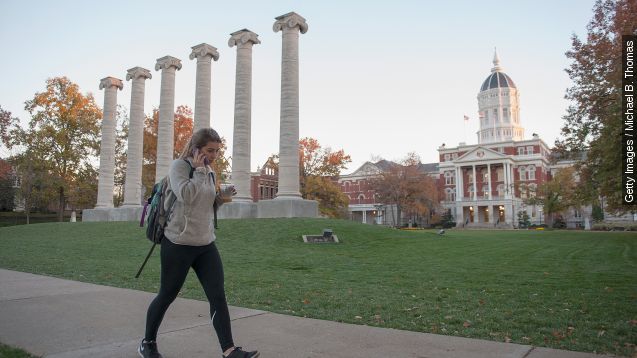 SMS
Tense Night Of Threats On The University Of Missouri Campus
By Matt Moreno
By Matt Moreno
November 11, 2015
Campus security officials were on heightened alert after a string of threats and reports from students late Tuesday night.
SHOW TRANSCRIPT

Students at the University of Missouri woke up to a calmer campus Wednesday morning after a night filled with threats, false reports and more.

This prompted somewhat of a social media freak-out with reports of threatening incidents — some true and some false — happening on campus.

It was enough for some professors to cancel classes, although a campus-wide cancellation was never implemented.

But by Wednesday morning, there were no official reports of violence on campus.

And around 6 a.m., MUPD announced the arrest of a suspect they believe is responsible for one of the anonymous Yik Yak threats.

Police said the suspect wasn't "on or near the MU campus at the time of the threat."

Tensions remain high at Mizzou after a group of black student protesters ousted UM Systems President Tim Wolfe over what they say was a failure for him to respond adequately to a string of racist incidents on campus.

"The response to this announcement, I'm sure, ranges from joy for some to anger to others and that's why we're here today," former UM Systems President Tim Wolfe said.

Wolfe stepped down as president on Monday, and school chancellor R. Bowen Loftin is transitioning away from his position.

This video includes images from Getty Images and KOMUnews / CC 2.0.