University Of Chicago: You Won't Find Any 'Safe Spaces' Here 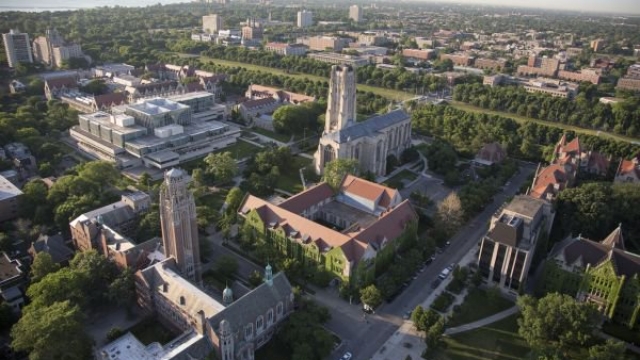 SMS
University Of Chicago: You Won't Find Any 'Safe Spaces' Here
By Ben Lawson
By Ben Lawson
August 25, 2016
The university sent a letter to incoming students saying it won't keep controversial topics off campus over fears of offending anyone.
SHOW TRANSCRIPT

The University of Chicago sent a letter to its new students saying it doesn't support "safe spaces" or "trigger warnings."

The letter — signed by the college's dean of students — was sent to those who are in their first year.

It reads, "Our commitment to academic freedom means that we do not support so called 'trigger warnings,' ... and we do not condone the creation of intellectual 'safe spaces' where individuals can retreat from ideas and perspectives at odds with their own."

According to the student newspaper, The Chicago Maroon, the university has had several incidents recently where protesters shut down speaking events featuring controversial hosts.

One of those speakers was University of Louisville professor Justin McCarthy, whom protesters accused of denying the Armenian genocide.

The school's position is similar to one former New York City mayor Michael Bloomberg expressed in a commencement speech at the University of Michigan.

“The whole purpose of college is to learn how to deal with difficult situations, not run away from them," Bloomberg said.

A survey of college students across the U.S. found that 54 percent believe the climate on their campus prevents people from speaking their minds because someone will be offended.