University Of Alabama At Birmingham Running Back Dead After Shooting 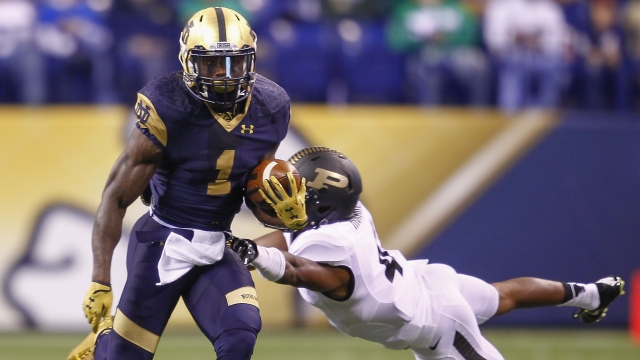 SMS
University Of Alabama At Birmingham Running Back Dead After Shooting
By Matt Moreno
By Matt Moreno
May 9, 2016
UAB running back Greg Bryant and a passenger were involved in a shooting Saturday morning.
SHOW TRANSCRIPT

University of Alabama at Birmingham running back Greg Bryant Jr. has died following a shooting over the weekend.

Bryant and a passenger were found with gunshot wounds early Saturday morning near West Palm Beach, Florida. Bryant was taken to a hospital and put on life support before being declared brain dead on Sunday. The passenger had minor injuries.

Bryant was a high school football star from south Florida who attended Notre Dame after graduation.

"The toughest part about it is that was his dream. We all wanted it for him because he wanted it so badly. I'll never forget the talent that he was. All the NFL players that have come out of Delray, Greg Bryant's name is right there," a former teammate of Bryant's said.

After a yearlong suspension from Notre Dame, the 21-year-old transferred to ASA Miami and then to UAB.

Notre Dame head coach Brian Kelly released a statement shortly after Bryant's passing, saying, "This is such a sad and tragic situation."

Police are still investigating the shooting and have reclassified the case as a homicide.

This video includes clips from WBMA and WSBT, and images from Getty Images.