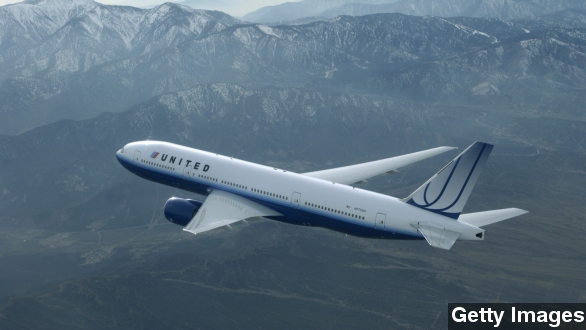 A flight leaving Washington Dulles International Airport to Denver was forced to turn back after an unruly passenger reportedly charged the cockpit.

"Declaring an emergency due to a passenger. ... There's a passenger in the back, he ran forward toward the cockpit and he is being restrained by other passengers."

Flight 1074 landed safely back at Dulles International. Officials found no weapons on the man. One thing outlets agree on, though, is that the man got up and ran.

"A passenger appeared to threaten to hijack the plane mid-flight ... During the flight, the man reportedly started yelling 'Jihad! Jihad!'," a WPIX reporter said.

"A passenger on board started screaming and running toward the cockpit," the CBS anchor said.

The man, identified as David in a video purportedly recorded on the flight and posted to Reddit, was restrained by passengers until the plane landed and authorities could take him off the plane.

He was taken to a hospital for evaluation upon landing. No injuries were reported from all 33 passengers and six crew members aboard the flight.