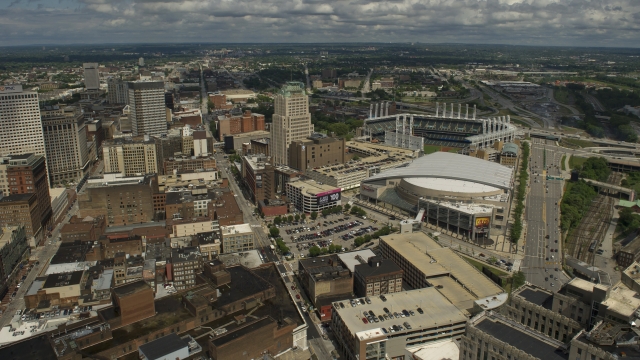 SMS
‘Unbound Delegates' Could Decide The GOP Presidential Nomination
By Melissa Prax
By Melissa Prax
April 1, 2016
Several states and territories, including the U.S. Virgin Islands, could be deciding factors in the GOP presidential nomination.
SHOW TRANSCRIPT

With the possibility of a contested Republican convention looming, several states and territories — like the U.S. Virgin Islands — could be a deciding factor.

The key is unbound delegates, or delegates who can freely vote for their choice in the first ballot at the Republican National Convention.

This idea is banking on the possibility that current GOP front-runner Donald Trump won't snag the needed 1,237 delegates to secure the nomination.

A former Republican National Committee official told USA Today, "That is how the 1976 Republican convention was decided as President Ford had less than a majority of delegates pledged to him but won the lion's share of uncommitted delegates."

The U.S. Virgin Islands may only have nine delegates, but it joins several other states and territories that have unbound delegates.

Colorado's Republican party chairman told the Hill, "I'm looking at whether the candidate is a conservative and whether they can win in November."

This video includes clips from Travelocity and images from Getty Images and Facebook / Steve House for State Party Chairman.