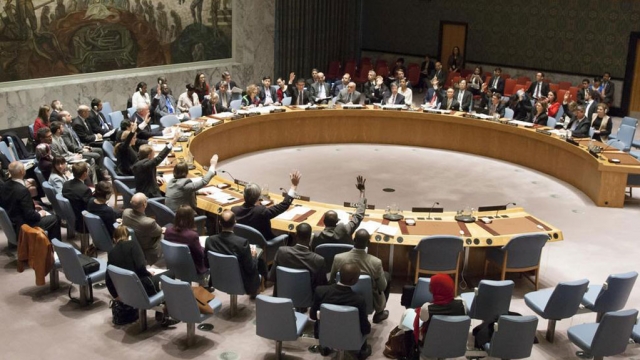 SMS
UN Votes For Its First Sexual-Abuse Resolution
By Melissa Prax
By Melissa Prax
March 12, 2016
The United Nations passed a resolution that might require certain peacekeepers to return home if it finds evidence they are linked to sexual abuse.
SHOW TRANSCRIPT

There were 99 sexual assault allegations against U.N. peacekeepers and other U.N. personnel in 2015.

The issue drew attention last summer after media received a leaked report documenting assaults between 2008 and 2013. The U.N. started an investigation, even though technically peacemakers' home countries are supposed to investigate.

U.N. secretary general Ban Ki-moon said, "In the face of this disturbing trend across a number of our peacekeeping operations, it is imperative that our collective response is more effective."

This resolution will send peacekeepers home when "there is credible evidence of widespread or systemic sexual exploitation and abuse."

The resolution passed almost unanimously with just one member of the Security Council abstaining. This is the first resolution the U.N. passed that deals with sexual assault allegations against its peacemakers.

This video includes clips from United Nations and an image from Getty Images.