UN To Help Syrians Who Are Reportedly Eating Leaves to Survive 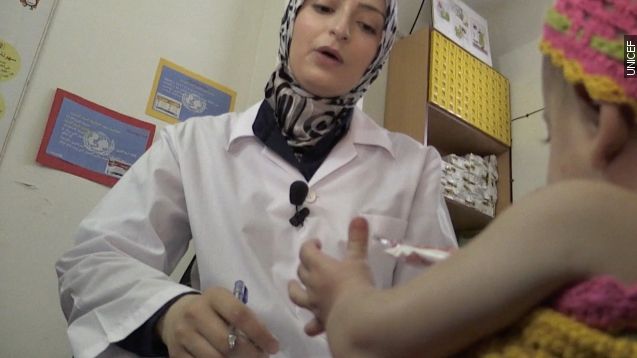 SMS
UN To Help Syrians Who Are Reportedly Eating Leaves to Survive
By Melissa Prax
By Melissa Prax
January 7, 2016
Thousands of Syrian citizens in besieged towns like Madaya are reportedly surviving on grass and leaves.
SHOW TRANSCRIPT

The United Nations has been approved to provide resources to a Syrian town where most residents are reportedly eating leaves and grass to survive.

As many as 42,000 civilians are suffering in Madaya as the town endures a monthslong siege by pro-government forces. The Syrian regime says this is due to rebels in the town. (Video via Al Arabiya)

The food available doesn't come cheap. For example, a 2-pound bag of baby formula is said to cost about $300. An almost equal bag of crushed wheat costs just a bit less at $250. (Video via Al Jazeera)

The U.N. estimates 4.5 million Syrians live in resource-scarce areas. About 400,000 live in 15 other besieged towns like Madaya, and it can be hard for organizations to safely provide help. (Video via UNICEF)

To make matters worse for residents, Madaya is reportedly surrounded by land mines. Those who try and scavenge for food outside the city risk being maimed or killed. (Video via Orient News)

There've been demonstrations in other parts of Syria to show solidarity for the besieged people of Madaya.