UN Says The World Needs To Do More To Fight AIDS 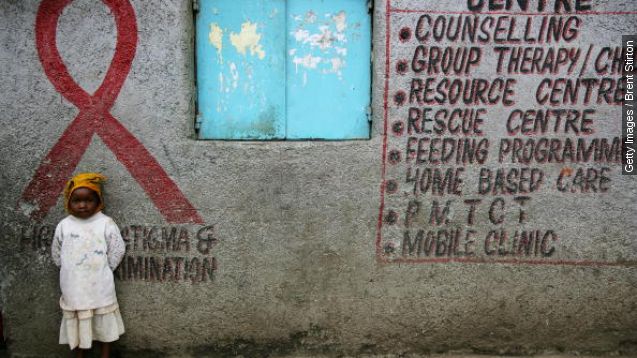 By Jake Godin
June 25, 2015
A joint commission between the United Nations and experts at The Lancet released a report Thursday detailing the world's progress combatting AIDS.
SHOW TRANSCRIPT

We’re winning the fight against AIDS... But not fast enough. (Video via UNAIDS)

A commission made up of experts from the United Nations and The Lancet medical journal released a new report Thursday detailing how far the world has come in fighting AIDS. (Video via UNAIDS)

It’s somewhat sobering. According to the report, the world isn’t doing enough to combat the AIDS epidemic — at least not quickly enough. (Video via UNAIDS)

Essentially, the report says the world has the next five years to step up its fight against AIDS. If it does, the epidemic could be gone by 2030. If it doesn’t, then the progress made up until now will revert.

The human and financial consequences of that happening, says the executive director of UNAIDS, will be catastrophic. (Video via UNAIDS)

The United Nations has issued this warning before. Another report released last year bore the same message — ramp up the fight against AIDS by 2020 or else the epidemic will rebound. (Video via UNAIDS)

Of course, it’s not all bad news. The world has made big strides in its 34-year fight against the epidemic.

AIDS-related deaths dropped 35 percent between 2005, when the most deaths were recorded, and 2013. (Video via UNAIDS)

But there are signs more needs to be done. Of the estimated 35 million people living with HIV, 13.6 million are receiving the medicine they need to combat it. (Video via UNAIDS)

And 19 million do not know they have the virus. The United Nations says all 35 million will need to be on treatment if the epidemic is to end. (Video via UNAIDS)