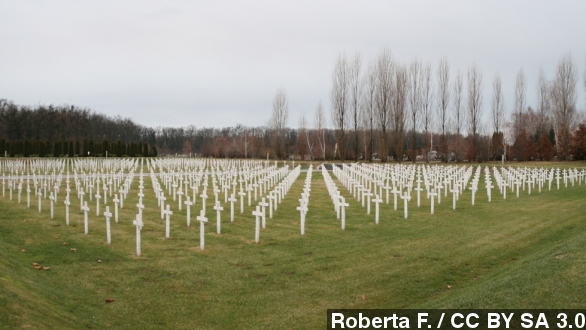 For most of the 20th century, Serbia and Croatia were part of Yugoslavia. But in the 1990s, a bitter war over Croatia’s independence split them apart, leaving over 20,000 people dead. (Video via BBC)

Tuesday’s ruling was years in the making. Back in 1999, Croatia filed a lawsuit against the Serbian government, accusing it of targeting ethnic Croats during the war.

Serbia, in turn, filed a counterclaim accusing Croatia of genocide during its 1995 "Operation Storm" military campaign. (Video via International Criminal Tribunal for the former Yugoslavia)

But genocide is incredibly difficult to prove, based on the U.N.'s definition, which is the "intent to destroy all or part of a national, ethnical, racial or religious group."

And the intent wasn’t there, according to the ICJ’s judges. Both sides did commit atrocities — including widespread killing, rape and torture — but that didn't amount to genocide.

Serbia has been accused of genocide before for its role in the 1995 Srebrenica massacre. In just three days, the Bosnian Serb army, supported by Serbia, rounded up and killed over 8,000 men and boys. (Video via Amnesty International)

Ultimately, the ICJ in 2007 found Serbia was guilty of failing to preventing genocide but not actually guilty of committing genocide.