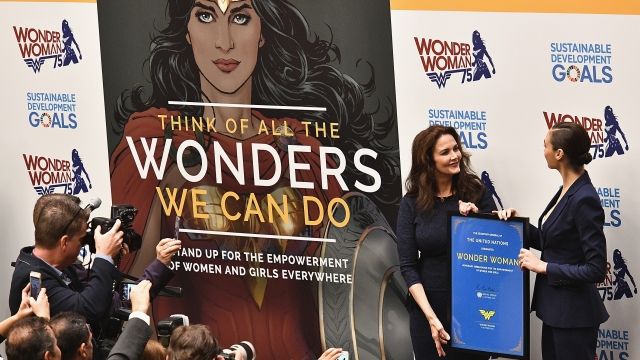 She's an icon of strength, but not qualified to be a United Nations honorary ambassador — at least according to some U.N. staff members.

On Friday, the U.N. named Wonder Woman an honorary ambassador for the empowerment of women and girls.

The DC comic-book heroine turns 75 this year. And the honor is part of a campaign to show support for gender equality everywhere.

But not all U.N. staff were pleased the honor went to the fictional character.

They created an online petition saying the character is "the epitome of a pin-up girl" and "not culturally encompassing or sensitive."

Some people upset with the decision even protested inside the U.N. chamber during the ceremony.

For her part, the woman who first played Wonder Woman told CBS the protest was "ridiculous." She said the character is a role model and has had an impact on women.

"It is this community of us. It is the strength that lives within us that we can do anything and we are stronger together," Lynda Carter said.