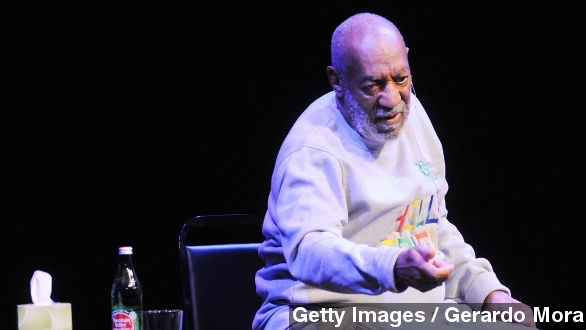 Bill Cosby has officially parted ways with his alma mater, the University of Massachusetts Amherst, after the 77-year-old comedian was faced with renewed sexual assault allegations.

The 77-year-old comedian has stepped down from his honorary co-chairman post on a $300 million UMass fundraising campaign after pressure from university officials. Cosby received his master's and doctorate degree in education from the university, and has donated hundreds of millions of dollars to the school together with his wife Camille.

The Boston Globe reports Massachusetts Attorney General Martha Coakley encouraged the university to drop Cosby, writing "At a time when the state is focused on prevention and response to sexual assaults on campus, allowing Mr. Cosby to continue to represent our state university sends the exact wrong message."

In recent weeks, several women have publicly come forward to accuse Cosby of drugging and raping them, accusations which Cosby's camp has repeatedly denied or refused to address. The allegations mostly stem from decades ago, when the comedian was at the height of his popularity.

USA Today notes Cosby's also donated millions to other universities, none of which have talked about returning the money or distancing themselves from the comedian. One education expert told the outlet each university has to weigh the pros and cons of accepting money from a controversial figure.

"They're going to have careful, thoughtful conversations within their leadership (asking), is this person so seriously damaged that we want no association, including no association with any money that's been given? ... How is the greater good served in the circumstances?"

Several other universities have severed ties with Cosby as well; his name's been removed from a scholarship at Berklee University of Music and from an advisory post at High Point University. Cosby is still a member of the Board of Trustees at his undergraduate alma mater, Temple University, despite pressure on the school to drop him.