Ultraprocessed Foods Make Up A Majority Of Americans' Calorie Intake 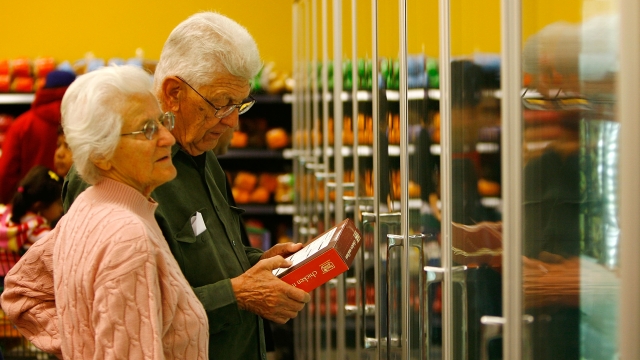 Americans are getting over half their daily calories from "ultraprocessed" food.

A new study says 57.9 percent of people's energy intake comes from foods containing some kind of additive ingredients you wouldn't normally cook with at home, like artificial flavors, dyes, sweeteners and preservatives.

"When you look at an ingredients list, simplicity is the key. If you can't recognize the ingredients, if you can't visualize what they might look like, try to avoid them," said CBS medical contributor Dr. Holly Phillips.

The problem with ultraprocessed foods is they are often high in added sugars, sodium and saturated fat. These have been linked to health problems such as obesity, diabetes and heart disease.

Plus, those products are often low in helpful substances — like fiber, antioxidants and vitamins — found in unprocessed foods.

The study, published in BMJ Open, examined what more than 9,000 people in the U.S. had eaten over a 24-hour period to draw its conclusions.

This video includes an image from Getty Images, Sonny Abesamis / CC BY 2.0, and Leslie Seaton / CC BY 2.0.