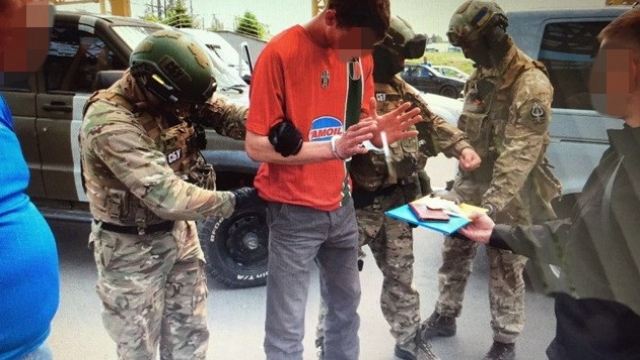 Ukraine's intelligence agency said Monday it nabbed a Frenchman who planned to carry out multiple terror attacks just before and during a major soccer tournament.

Officials said the man, along with others, planned to bomb bridges and highways and target government buildings, synagogues and mosques throughout France.

They said the suspect, who hasn't officially been named, expressed ultranationalist views and planned to carry out 15 attacks during the month of the UEFA European Championship.

Security service officers detained the man in May after he amassed numerous weapons including five Kalashnikov assault rifles, two rocket-propelled grenade launchers and 275 pounds of TNT.

The monthlong championship begins Friday in France, and it's expected to draw millions of fans.

The ISIS cell behind the recent attacks in Paris and Brussels also planned to target the tournament.

The alert cited several large events taking place in Europe during the next few months, including the UEFA European Championship.

This video includes clips from France 24 and Sky News, and images from U.S. Department of State and Getty Images.